On Saturday, May 25th, I went to Disneyland! The emphasis for the day was to go on rides I had not gone on for a while. That includes rides like storybook, buzz lightyear, and much more. Luckily, this day was super slow. The park was so empty, and I can’t even remember the last time I was able to fit so much into our day. We went on almost every single ride in the park, which is insane. Here is the itinerary for the day, enjoy! 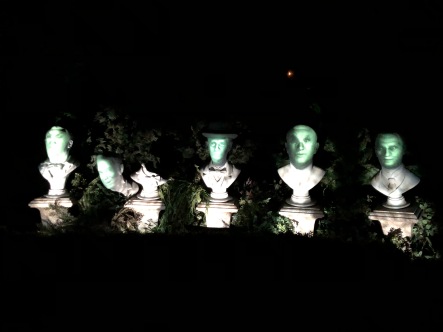 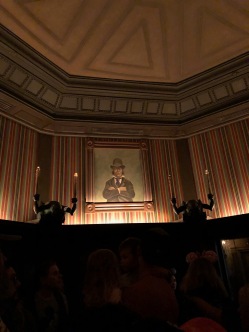 We had to do Haunted Mansion first thing at rope drop because it’s my favorite ride and a must. I was so happy.

Next, my mom wanted to go on Thunder Mountain. It was a walk on which was super nice, since I refuse to wait in that queue.

Pirates was next! Pirates tends to be a walk on most of the time, but I was still surprised to have already done two rides and this one still being a walk on. Also, the smell of the water always reminds me of my childhood. 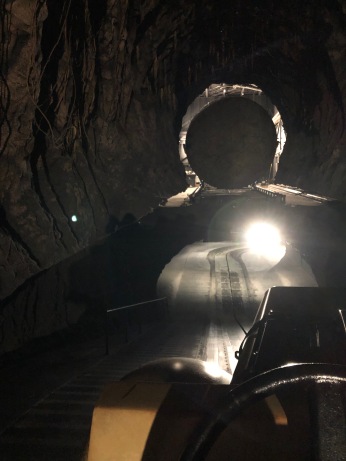 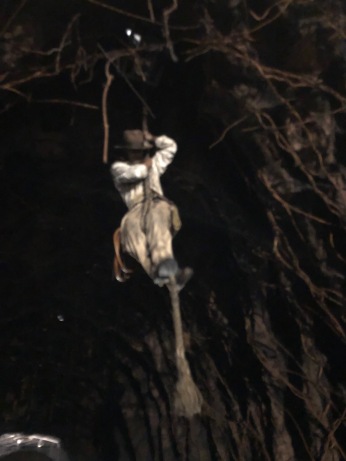 After Pirates, we checked on Indiana and the line was short. The line for Indiana is never short so we took advantage of it. Our ride actually broke down, they turned the lights on, and walked us off. They got us on the next jeep, which was really nice. I was all emotional because this was a dream come true for me. No one else probably cares, but I’ve always wanted to be walked off a ride and see the behind the scenes.

I didn’t get any pictures on this ride, but I did ask for a map from a cast member afterwards.

At the Tropical Hideaway, my mom and I shared a beef bao and then I had a pineapple and raspberry swirl dole whip. 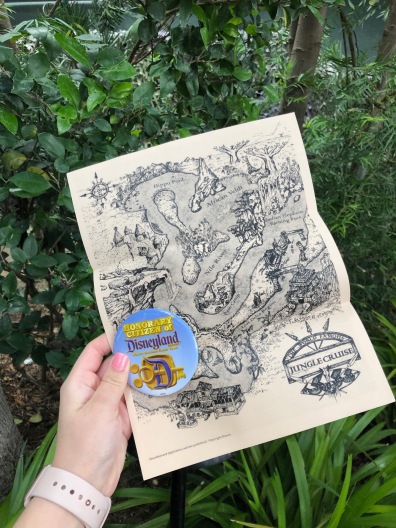 In my previous blog post, I had shared how you can get these two items for free at Disneyland! Today, I decided to finally get them for myself. If you’re curious of how to get your hands on them, look at the last blog post I put up.

Even after this ride on Buzz, I still don’t care for it. It stresses me out and you can’t actually enjoy anything you’re looking at because you’re so worried about all of the targets so, not a fan.

We watched a preview for Toy Story 4 at the theatre next to Space Mountain, and it was actually super cute.

I had never actually taken any of these horsedrawn street cars or any street cars in general before, so it was on my list of musts. I still want to ride the omnibus which I wanted to do this day, but it wasn’t running.

For lunch, I had already made reservations to eat at Cafe Orleans. New Orleans square is my favorite land, and I had never been able to eat there before. I’ve eaten in every land except my favorite and I really wanted to. The issue is that I am a super picky eater and there isn’t anything I can eat at any of the restaurants except this one. I ordered a monte Cristo sandwich and pommes frites along with a mint Julep.

Mrcheezypop, aka Max, made a video all about the silhouette studio on mainstreet. I had always passed by it but never ut any thought to it. Max discussed how historical it is and how Walt loved silhouettes and it made me want to do it. 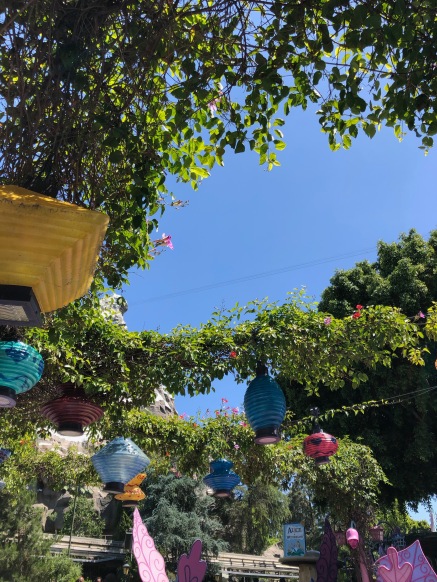 Mid day and the teacups were only a 10 minute wait. Crazy.

I was so excited to finally see this parade in person. The princess float was the best one they’ve ever done.

We did single rider once again, and it was no longer than 10 minutes to get on.

I didn’t get any pictures of Snow White, but the wait for this and Pinnochio were both 15 minutes. 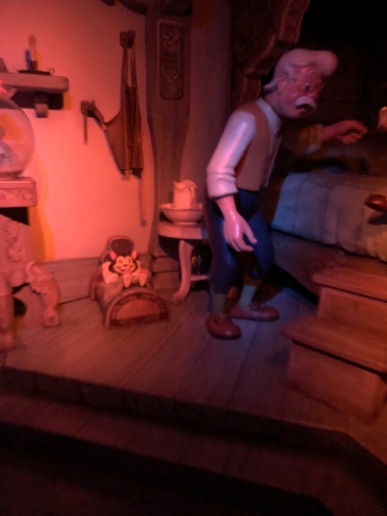 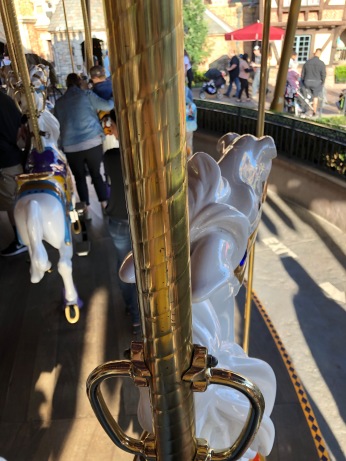 The carousel is always a cute and relaxing ride. It always reminds me of Walt and the history of Disneyland. 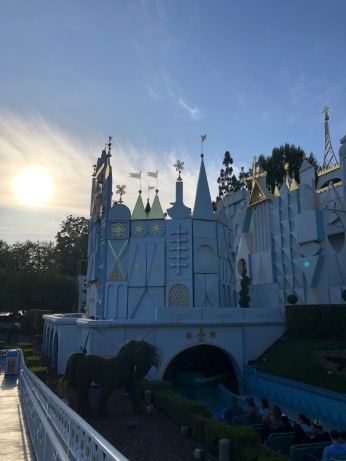 We discovered that the back row in the Tiki Room has cushioned seats with high backs, like a booth. Definitely sit back there next time to have a relaxing 15 minutes.

So happy to have gotten to ride this twice. I never get tired of it! 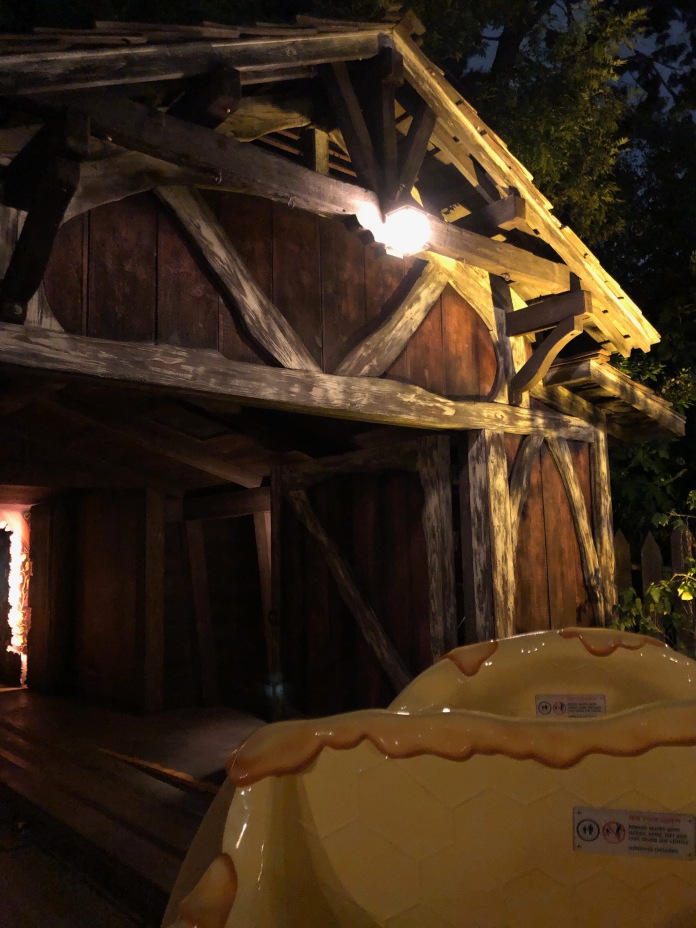 You know it’s a slow day when you go on Winnie the Pooh.

Get Your Ears On Fireworks

Ummm, so they did a Haunted Mansion fireworks segment. I will forever be grateful for, since they aren’t doing Mickey’s Halloween Party anymore, or at least for this year. AKA, no halloween fireworks.

Always a happy time for me. We had gotten fast passes early in the morning, but we were still iffy on whether to go or not. It wasn’t on the list of things we had to do, but we did it anyway since we had time. 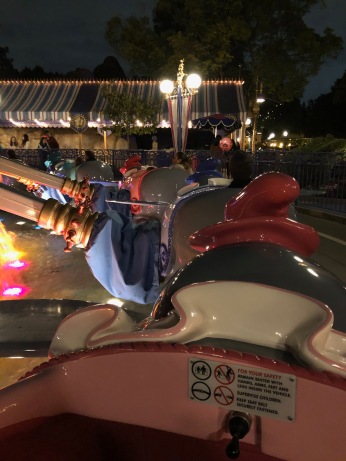 Last ride of the day! We did not plan on going on Alice or Dumbo, but the lines were so short we did them anyways.